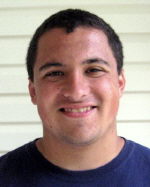 With final exams upon us, final projects looming, and club activities increasing, the end of the semester can be a trying time for Penn students. Indeed, being enrolled in two schools, the amount of sleep M&T’s get seems to dwindle as the semester closes. But never fear, the M&T Club is here!! Recently, the M&T club sponsored two awesome study breaks for M&T students.

On a cool and damp November night, M&T’s piled into the office to enjoy the Eagles play the Panthers on Monday Night Football. The M&T Club provided a couple hundred wings to feed all those who had studied through a meal or two. Inevitably, discussions of the stock market and new Intel processors gave way to talks of Andy Reid’s job and Michael Vick’s head. For many M&T’s, it was just the break that a long Monday required. Unsurprisingly, the tasty wings ran out quickly, but the fun carried on much longer, as M&T’s stuck around and enjoyed a night with friends. Despite much shouting at the giant plasma screen, the Eagles fell to the young Panthers, but, by the faces of everyone walking out, you wouldn’t know the difference.

Not to be outdone, December had its own exciting M&T event. On December 7th, the final day of regular classes, the M&T Club sponsored a crepe study break for M&T’s to enjoy. For anyone who hasn’t been to Penn, La Petite Creperie is legendary. With dozens of sweet and savory crepes to choose from, it’s a favorite of staff and students alike. At this event, the M&T Club got dozens of sweet crepes to feed everyone. After many months of classes, the layers of strawberry, banana, and Nutella were a welcome buffer to finals. Putting aside studying for a while, everyone enjoyed the sinfully delicious crepes. Though, like the wings, the crepes ran out quickly; they certainly marked a sweet start to reading days.

With finals now fully upon us, studying is a near constant activity, but it’s nice to know M&T’s always have a stress safe haven with their peers!

Jake is a current M&T freshman in the Class of 2016. He is considering majoring in Computer Science within Penn Engineering and has yet to declare his concentration in the Wharton School.