M&Ts are entrepreneurs in a variety of industries. Read how Jacob Beckerman (’20) pursued his entrepreneurial dream to design and market his own video game.

In high school, I was a serious gamer. I’d spend multiple nights, several hours a week playing games ranging from League of Legends to Skyrim to Modern Warfare and others. And I didn’t just play games, I also dabbled in development and spent a lot of time thinking about game design. It was a passion I pursued actively. Until, that is, I went to college.

During my freshman year, I explored a lot of new interests. I worked on agricultural robotics at the GRASP Lab, checked out Wharton clubs, and looked into research opportunities. I’d see my friends interviewing for a job and think maybe I should, too.  A lot of interests formed – some stuck and some didn’t.

My freshman summer, I stayed on campus to take classes. I enrolled in a language class and one on Homer’s Iliad. These non-technical classes were a much-needed change of pace. Specifically, the Iliad class took me back into a fantasy world. I started thinking about games again.

I got back into gaming and soon began thinking about my ideal game design. I wanted to play a cross between my two favorite games, League of Legends and Skyrim; a multiplayer game that combined the competitiveness of League, with the awesome customization, role-playing, and lore of Skyrim. I was tired of the lack of freedom competitive multiplayer games give with character creation. I wanted more than the “hero” model wherein each player picks from a list of predefined characters. I’m also a big fan of destructible environments in games, which haven’t really been done in a competitive setting. 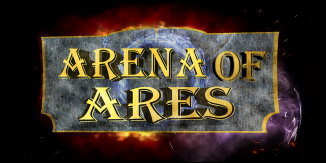 I started thinking more about the game and refining my ideas. I approached my friend, Theo, to work on it we secured office space for the summer.  It was a crazy two months of working up to 16 hours a day to get to what we thought was the finish line for our new game, Arena of Ares.

We’d planned to release Arena of Ares before the start of the school year. But, it turned out games take a lot more money to make than I imagined. When I realized we couldn’t bootstrap it to the finish, I decided to do a Kickstarter. We were amazed that the Kickstarter succeeded in passing its $10,000 goal.

Learning Lessons Along the Way

The number one lesson I learned from Arena of Ares is it’s unrealistic to expect to walk into an industry and dominate. I hear a lot of students, myself included, saying “What if we changed X so that Y”. That’s an awesome entrepreneurial spirit, but it should be combined with realism. Especially if you’re a newcomer – there are often subtleties you can overlook.

Specifically, we overlooked the marking budget needed to make it big. AAA games often spend the equivalent of their development budget on marketing. I thought it would be as simple as getting on the front page of the gaming Reddit – which we did, amazingly — but it’s not so easy. Social media sites like Reddit can be a big help, but you also need money to oil the marketing machine.

The next lesson (for which I claim zero credit) was: don’t be afraid to pivot. I view Arena of Ares as a startup. Our only goals are to create something fun and profitable. We also need to stick to our core vision of customization and a destructible environment. Beyond these core elements, we need to be flexible with the direction of the game.

We originally marketed Arena of Ares as a 1v1 Mage fighting eSport. I had chosen this because I like 1v1 and the Mage is my favorite type of character to play in RPGs. A lot of friends, Redditors, and backers reached out to me requesting 3v3 or 5v5 as well as other game modes. We’ve pivoted from 1v1 Mage combat to what more closely resembles my initial vision of a combination of RPG and MOBA, Skyrim and League. We’ve decided, in addition to 1v1 deathmatches, to support a MOBA-esque 4v4 mode. We’ve put a lot of thought into our 4v4 arena, and have come up with a MOBA arena that is unique to Arena of Ares, making full use of 3D space and the destructible environment. We’re pioneering a lot of new elements and pulling some ideas from other genres. I’m happy people gave me this feedback as I think the game is now heading in a different and better direction.

Jacob Beckerman is a Computer Science major in the Class of 2020. He hopes to continue with gaming design in his future career. His favorite part about the M&T Program is that it has a little bit of everything.